As tyrants take control of democracies, they typically do 7 things:

1. They exaggerate their mandate to govern – claiming, for example, that they won an election by a “landslide” even after losing the popular vote. They criticize any finding that they or co-conspirators stole the election. And they repeatedly claim “massive voter fraud” in the absence of any evidence, in order to have an excuse to restrict voting by opponents in subsequent elections.

2. They turn the public against journalists or media outlets that criticize them, calling them “deceitful” and “scum,” and telling the public that the press is a “public enemy.” They hold few, if any, press conferences, and prefer to communicate with the public directly through mass rallies and unfiltered statements (or what we might now call “tweets”).

3. They repeatedly lie to the public, even when confronted with the facts. Repeated enough, these lies cause some of the public to doubt the truth, and to believe fictions that support the tyrants’ goals.

5. They attack the motives of anyone who opposes them, including judges. They attribute acts of domestic violence to “enemies within,” and use such events as excuses to beef up internal security and limit civil liberties.

6. They appoint family members to high positions of authority. They ppoint their own personal security force rather than a security detail accountable to the public. And they put generals into top civilian posts.

7.They keep their personal finances secret, and draw no distinction between personal property and public property – profiteering from their public office.

A gripping descent into a brutal world

The Descendants by Destiny Hawkins is the first part of a series. As such, it grabs you hard and pulls you into a world you probably don’t want to enter … and then leaves you hanging, waiting for the next book. Since the next book in the series isn’t available yet this is rather annoying.

Destiny Hawkins does a technically sublime job of having her main character Rayah explain the bewildering horror of her world. The rigid cast society of Lytonia is – and there is no escaping it. Attaining your place in society depends upon your performance at the Monroe Academy, and how well you respond to the torture they use to bring out the best in you. Failure results in slavery, a short life as the personal property of the successful.

The torture Rayah continuously experiences is not metaphorical, it’s very real. If you have a weak stomach, and are revolted by senseless brutality in the name of education, then this book is not for you. If you want to see the future of the United States under a Trump Dictatorship, then you should read on.

2B Not to Be: a short story of writer’s angst by Robert J. Hardman 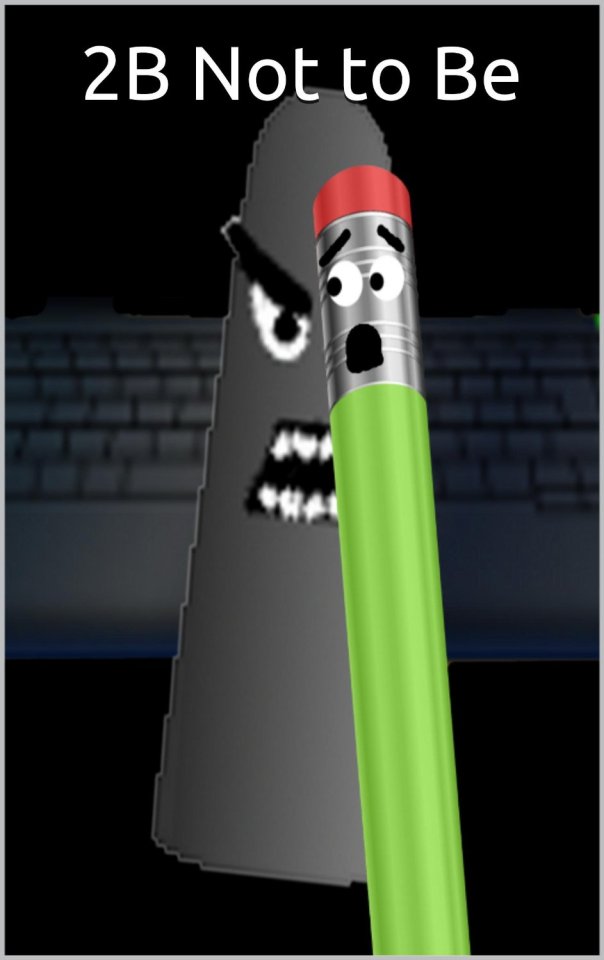 A favorite subject of writers is their inability to write. Flashes of inspiration that don’t inspire further development, and die unwritten. And in this loss there are classic tales of lost love and cataclysmic revenge … that remain forever hidden.

2B Not to Be is a tightly written story of what might have been, if one writer had only managed to … write. 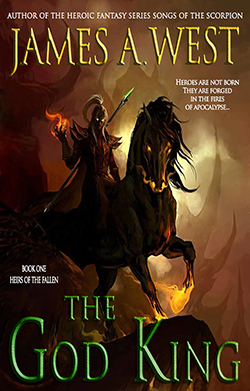 I seem to have have read an earlier version with a slightly different cover and opening chapter prose. The opening of the new version is better, and I’m sure readers will enjoy the book as much as I did.

Shadows in the Sand by Michael Diack 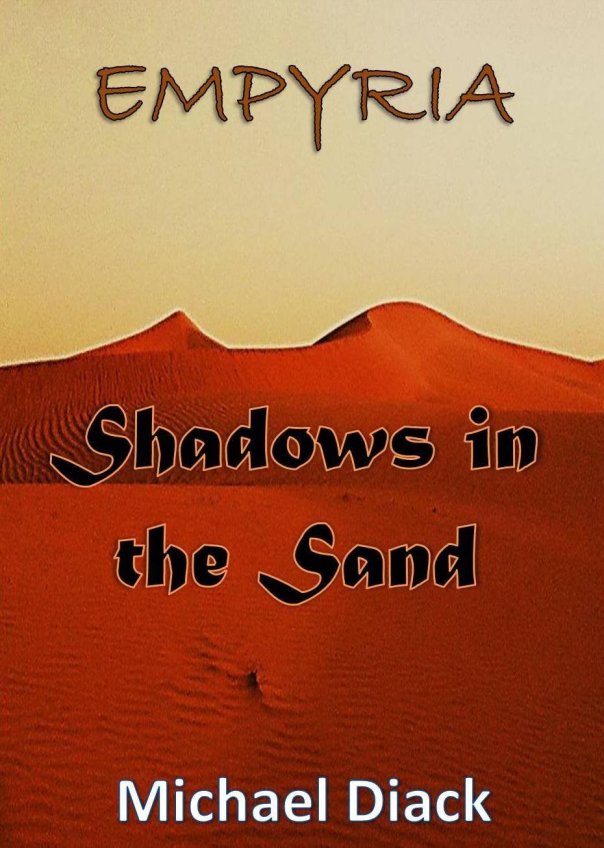 While most fantasy novels are set in worlds resembling medieval Europe, Empyria is much more primitive. Humans only exist in very small clusters of hunter-gathers, with very limited technology. Almost everything they encounter thinks that men are nothing more than another food item. When an earthquake shuts off the communities water supply, everyone must begin a process of moving to a new refuge … that is far from safe.

The world Micheal Diack has created is continually fascinating. The environment is so threatening, and mankinds technology so limited that I continually asked myself – would anyone actually be able to survive this?

Well worth reading for an adventure in a world unlike any other.

Getting Netflix to work on Ubuntu

I’ve always wondered by Microsoft’s dead Silverlight software still exists. I ran into it when I tried to get to one of the Colorado County GIS websites … and it never worked on my Ubuntu computers.

The product is clearly another Microsoft deadend … until I discovered Netflix uses it. Since Netflix is clogging up the Internet, and beloved by the Internet Service providers who get paid by volume, Microsoft clearly has the only client it needs – as long as everyone ignores the Linux segment of the consumer market.

To get Netflix working under Ubuntu I went to the following site and followed their recommendations. It seems to have worked.

I once had the ability to play DVD’s on my computer, but some upgrade in the past killed the feature and I gave up trying to figure out why. When everything is available P2P who needs to play DVD’s?

Maybe those who don’t want to waste the time and data limit, and can get their fix free from the local library.

I followed the steps at the following site:

and VLC Player s showing DVD’s once again after a restart.

More help is available at:

Small-town Americans deal with a problem

‘Rednecks vs. Zombies’ by T.R.F. Sedgwick lives up to its title. Overnight, a bunch of small-town Americans find themselves in an unpleasant situation – almost everyone has caught a virus which turns them into flesh-eating zombies (‘mutants’ – as the more educated prefer to call them). Unlike those zombie movies where the characters respond by running around in their underwear screaming, the good people of Fredrick just get out their guns and their low-tech faithful trucks and deal with their unpleasant neighbors. The fact that everyone is a veteran of military service, and filled with good-old-boy common sense, means the zombies never really stand a chance.

Except for the second generation of zombies which will be coming in the next book.

This book falls into the category of ‘Walking Dead’ fan-fiction, so if you can’t get enough of the TV show you should read this book. The Kindle mobi version I read had some challenging formatting problems – headers and page numbers left floating in the text, and missing letters, but I’m sure that will be fixed in newer versions.

I’m not really a Zombie-book reader, so I’ll give the book a 3/5. If you’re into zombies, you’ll probably like it more.

Best of Both Worlds? By John R. Dizon

This review is from: The Binding Returned (Books of Time) (Kindle Edition)

Jeffrey Morrow Miller’s The Binding Returned provides an intriguing excursion into the world of fantasy, taking us into a magical realm reminiscent of George Martin and Tolkien himself. It follows the exploits of Hamish, a young man living in exile from his native realm of C’Holm. Working as a servant at the Beggin Inn, he makes the acquaintance of Navarra and Falkyr, and sets out on a voyage to Silver Lake. There they encounter the Lady of the Silver Lake, who is the object of Falkyr’s vision quest. Only it is Hamish who becomes the Lady’s Chosen One, and she delegates him to fulfill the covenant of the Binding Returned.

Miller’s thematic use of the reclaimed legacy resonates with classicist literature that is symbolic of the more noteworthy works within the genre. Although the so-called `young adult’ literature of the late 20th century focuses on swords and sorcery in conjuring up their own legacy, we find writers such as Tolkien borrowing from traditionalist concepts in establishing a common ground with a wider audience. In Binding, we find the disinherited protagonist having fallen from grace, yet being rediscovered by the Lady of the Silver Lake in reclaiming his rightful place from Falkyr. There is also a romantic interlude with Lady Megan, the adopted heiress of the Lady of the Silver Lake. It all works together as Hamish is able to transcend his lowly position at the tavern, reestablishing himself as the heir apparent. This reminds us of such Biblical themes as Joseph rising from slavery in Egypt to claim his birthright, giving the work a real-world essence as opposed to a Cinderellaesque scenario of having lucked out in finding his fortune.

The conflict approaches as the Lady redefines the vision quest, dispatching them to the City of the Immortals along the Highstone Road. They soon encounter the Path of Earth and the Path of Water, bringing the elemental themes into play as they continue on to Riverseaton and a fateful meeting with the High Mayor. Hamish realizes that his mission is fraught with supernatural perils, yet he knows he is the only one who can establish the juncture between the physical world and the mystical Underworld. Megan becomes Hamish’s inspiration as he enters a realm of sorcery threatening their very lives. Yet he realizes that unlocking its secrets in the key to fulfilling the Promise. The saga reaches its climax as the mysterious Elle confronts Hamish and Megan, revealing the secrets of the netherworld at long last.

This novel is the first installment of Miller’s The Books of Time series, and both its characters, atmosphere and storyline are intriguing enough to have its audience remain eager for more. For both fantasy readers and action/adventure fans alike, The Binding Returned is a worthy addition to their collection.

John R. Dizon is the author of ‘The Standard’ and other novels available at Amazon.

Tags: book review, The Binding Returned, The Books of Time

‘The Standard’ by John Reinhard Dizon: an old-school action-filled thriller

William Shanahan has done his time in the field with the SAS and the SBS. He now dreams of nothing more than a desk job near the center of power on Downing Street, and a strategic marriage to a woman of means. One last job in the murky world of MI6 and then it’s all his, except …

Except his assignment is to babysit a convicted psychopath from the other side of the Northern Irish divide. And the target this loose canon has been pointed at is unclear, to put it mildly.

The Tea Party Republicans in the United States have decided to return the world to the gold standard in order to stabilize the current global depression. And in their wisdom they have pre-announced their move, giving literally every cashed up member of the underworld something to buy with their money.

Sidelining one Enrique Chupacabra of the Medellin Cartel is only the beginning. Somebody bigger is pulling his strings, and has a bigger plan. The united underworld can’t buy enough gold to make much of a difference … unless the gold reserves of a few key countries are destroyed. And this only needs a few North Korean/Iranian nuclear bombs in the hands of Al Qaida.

‘The Standard’ by John Reinhard Dizon is an old-school action-filled thriller. The good guys are one play-by-the-rules Catholic government agent paired with a break-all-the-rules Protestant Ulster Freedom Fighter. The bad guys are legion – every underworld kingpin has been brought together to cash in on America’s latest folly. The stakes are as high as is possible – nuclear weapons and global domination.

The events are very current, so don’t wait five years to read this book. If you don’t like the fast women, fast cars, and fast pace, you’ll at least enjoy the many gourmet meals and penthouse hotel suites. You might even learn something – such as the fact that tungsten and gold have almost identical densities.